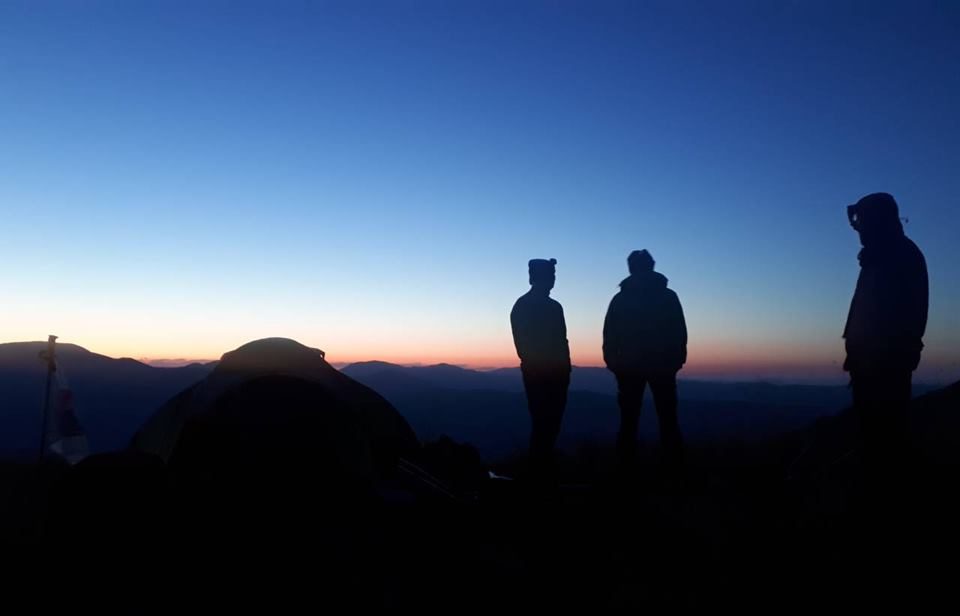 The Ohrid Red Cross Mountain Rescue Service, from August 12th to August 18th, 2019, had extensive engagement, once again emphasizing the necessity of its existence. On August 12 and 13, a three-man field crew from MRS provided active support in extinguishing the forest fire in the area of ​​the village of Velmej, where in addition to its primary role in rescue in the event of an accident, it significantly assisted in transporting food and water to crews that were extinguishing the field, as well as touring and scouting with staff members to manage fire localization activities. In addition, on the weekend of August 17th and 18th, two teams from the MRS at two different locations secured mountain events with more than 650 participants. The first event, which was organized by the Brotherhood and Sisterhood of the Bigorski and Rajcica Monasteries, on the occasion of The St. Transfiguration took place at the peak of Krcin, altitude 2341 m . At this event there were about 600 participants from all over the state who attended a joint worship service at the top of Krcin. During the event, several smaller interventions and one more serious were recorded, in which a woman over fifty years old, due to weakness and heartburn, had to be evacuated from the mountain and transported to the nearest health facility in Rostuse, where she was referred for medical treatment. At this event, significant support for the Ohrid Red Cross Mountain Rescue Team were the Mountain Guides and the volunteers from the Red Cross First Aid team from Bitola, whose support was of great importance for effectively securing this truly massive mountain event. The second event took place on the mountain of Galicica on the night of August 17th, entitled “Full Moon Experience”, organized by Free Pass Ohrid, with about fifty participants who climbed the peak of Lako Signoj, altitude 1984 m, on a full moon. The event passed without registered intervention by the MRS. Below are photos of the mentioned activities.