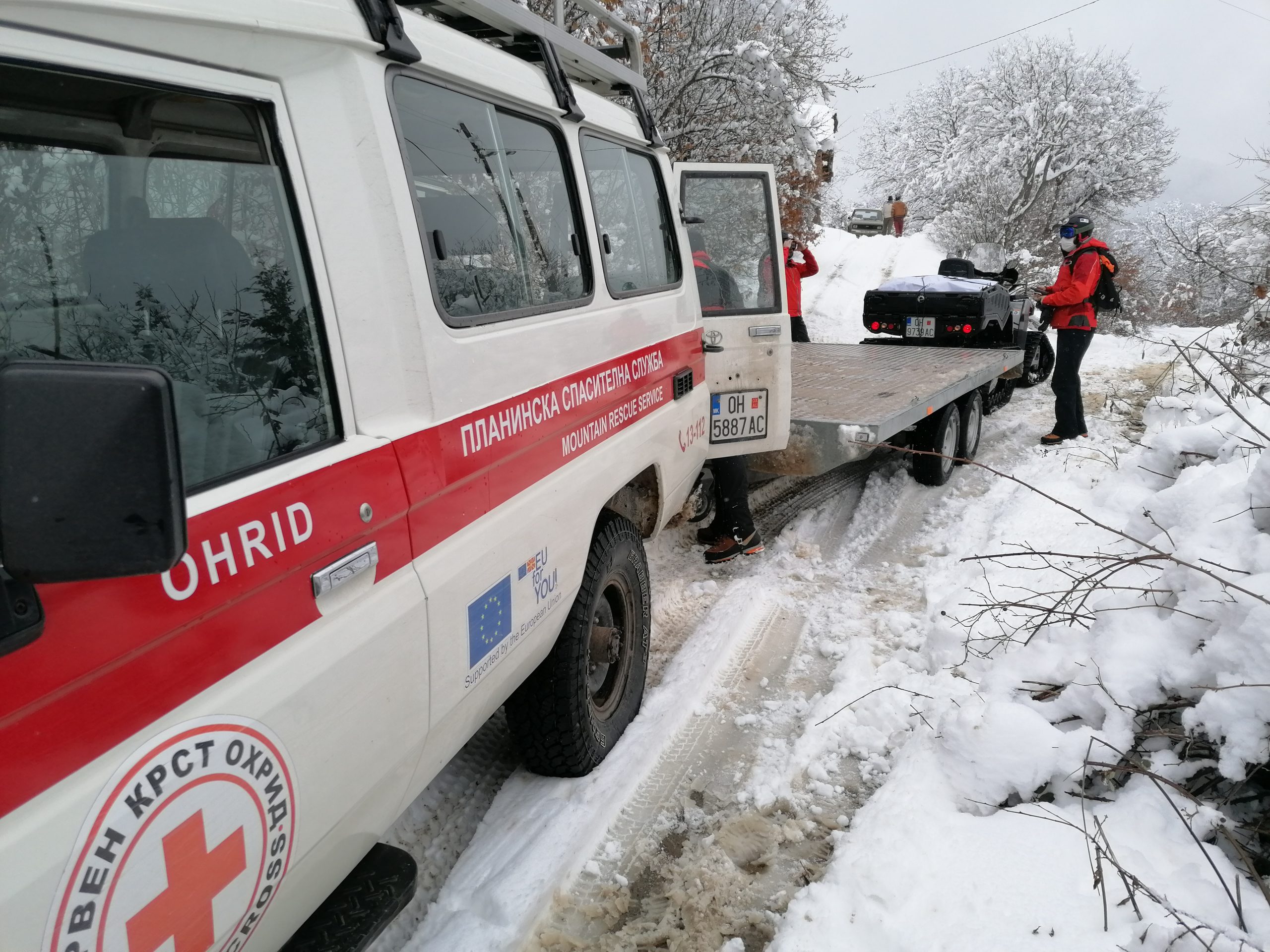 Between January 01 and March 31, 2021, the Operational Center of the Ohrid Red Cross Mountain Rescue Service, registered a record of 27 calls, of which 22 were rescue interventions and 5 solved with advice over the phone.

In addition to a large number of calls, atypical were the two calls in one day. Also, the nature of the interventions was various. One intervention was with serious injuries, one for delivery of food and medicine to a sheepfold 3 km away from the village of Svinjishta, two assists for retrieving a drone stuck in a tree, 17 assists for vehicles stuck in the snow in Galicica, and one intervention for rescuing a pet.

All these interventions and their nature, indicate the increased activity in the mountains, as well as the trust that the citizens of the region have in the Mountain Rescue Service and the certainty that they will receive fast and efficient help at every call. Although most of the interventions were due to citizens’ negligence, who did not respect the traffic rules and the movement ban on Galichica pass, as a Rescue Service we could not but react, and help these people in need, stuck at altitude from 1650 m, in harsh winter conditions. This type of assistance is not part of our primary service and spends a lot of energy, but also resources that could be needed at the same time to save lives.

Also, the first trimester was marked by the arrival of the new ATV vehicles and rescue equipment for winter conditions, as well as by the numerous training conducted with this newly purchased equipment. These ATVs and equipment were purchased within the second project, funded by the EU, through IPA II CBC Programme MK/AL, implemented by Ohrid Red Cross in cooperation with the Alpine Club Patagonia Ohrid and the municipalities of Debrca and Gramsh. The goal is to improve and strengthen the mountain rescue system in the cross-border region, which will significantly improve its competitiveness compared to other regions for the development of adventure tourism.

We wish you safe mountain adventures and good health.