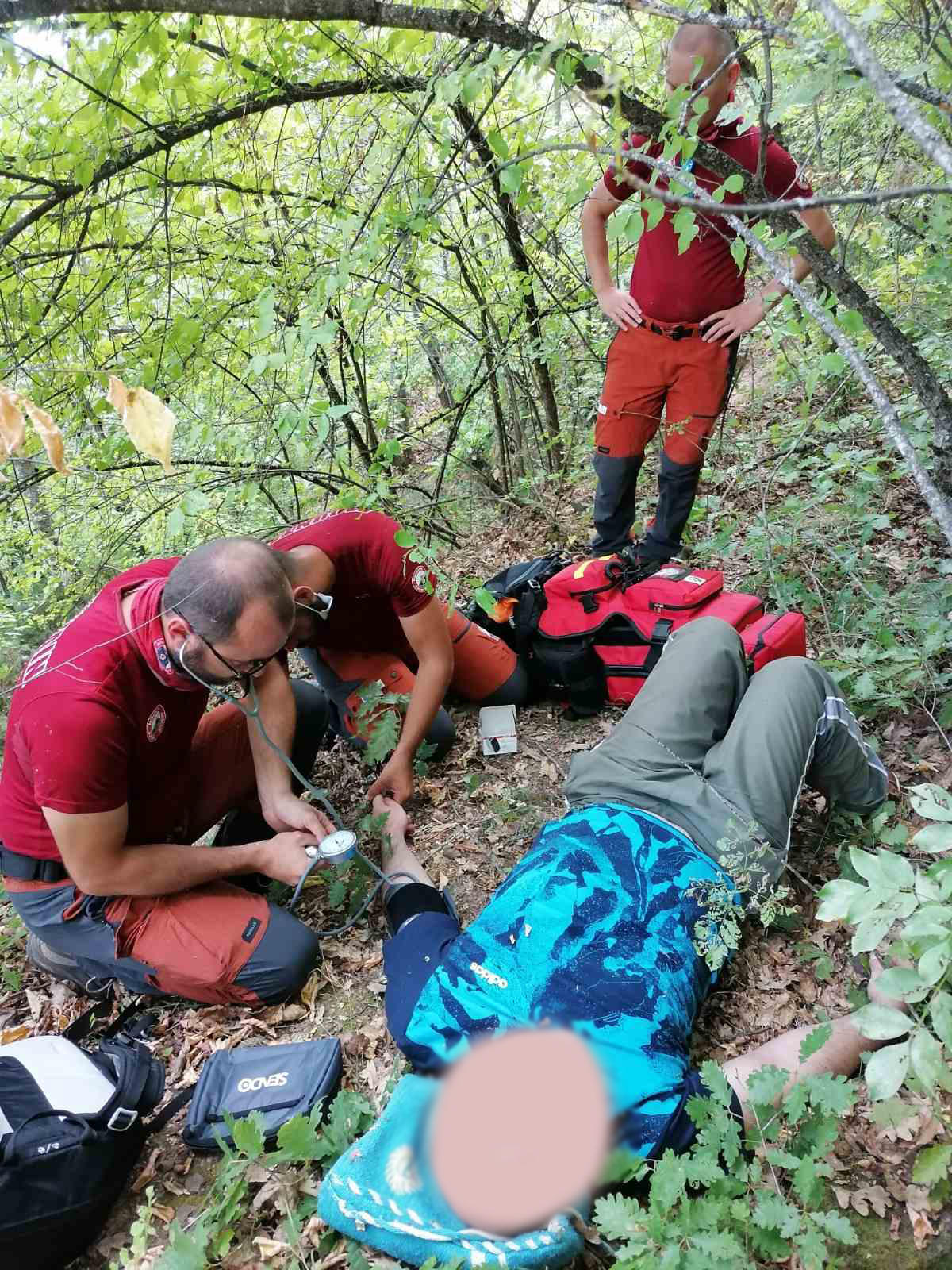 At 01:25 pm today, the operational center of the Ohrid Red Cross Mountain Rescue Service was alerted by the Crisis Management Center, about a missing person above the auto camp Livadishte. According to the report, the person was in a bad condition, disoriented, dehydrated, and visibly upset.

According to the information received from the CMC operator, the lost person had about 5% of the mobile phone battery capacity, which contributed to complicating the situation. The MRS Operational Center immediately contacted the person, pointing out the procedures for safe waiting of the rescue teams and with instructions for his quick location, through the SMS location system. In a short time, a team of four rescuers was mobilized, which immediately headed to the field, and in the meantime, the exact position of the person was reached through the location system.

The team arrived at the location at 2:10 pm, where the 37-year-old from Struga was found in a visibly debilitated condition, dehydrated, but with stable vital parameters. After a short intervention, through dense vegetation and difficult terrain, the person was safely evacuated to the MRS off-road vehicle and then transported to his own home.

We use this opportunity to appeal to all nature and mountain lovers, to respect the basic rules for movement on mountainous terrain, to move in groups of at least two people, to have appropriate equipment for the planned tour, as well as a sufficient amount of food and fluids.

We also appeal to be paid attention to the capacity of the batteries of the mobile phones, as well as to be memorized the SOS number of the MRS, if they move on the territory of the municipalities of Ohrid, Struga, Vevcani, Debrca, and Resen.