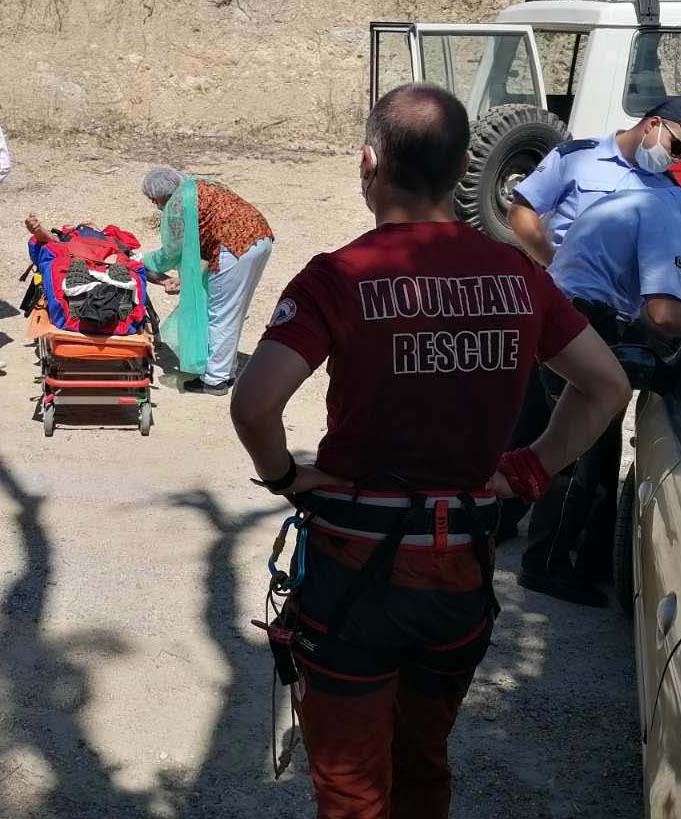 At 9:39 am today, the operational center of the Mountain Rescue Service received a call from a citizen who reported an accident that occurred on a mountainous terrain while cutting trees, on the move from the village of Kosel to the village of Openjca. According to initial information, during the woodcutting, a large tree fell on one of the workers and caused him serious injuries. The scene of the accident was located with the SMS locating system, after which a five-member team was immediately mobilized and headed to the field. The team arrived at the scene of the accident at 10:12 am.

The injured person was initially diagnosed with injuries in the chest area and right shoulder, as well as an open fracture on the left shinbone. After the given first aid, he was completely immobilized and transported by off-road vehicle to the village of Kosel. At 11:00 an ambulance transferred him to an appropriate health facility for further treatment.

This is the seventh intervention of the Ohrid Red Cross Mountain Rescue Service since the beginning of the year, which despite the CORONA crisis, statistically achieved a record number of interventions as of July.

The Mountain Rescue Service once again appeals to all mountain lovers and those who perform certain economic activities on the mountain, to be more careful, to be prepared for basic action in emergencies, to be properly equipped for the activity and conditions on the terrain, as well as in time to call for help in case of an accident on the MRS duty number 13112 or to other services: Sector for Internal Affairs – Ohrid 192, Ambulance 194 or Crisis Management Center 195.

We wish the injured person a speedy recovery.