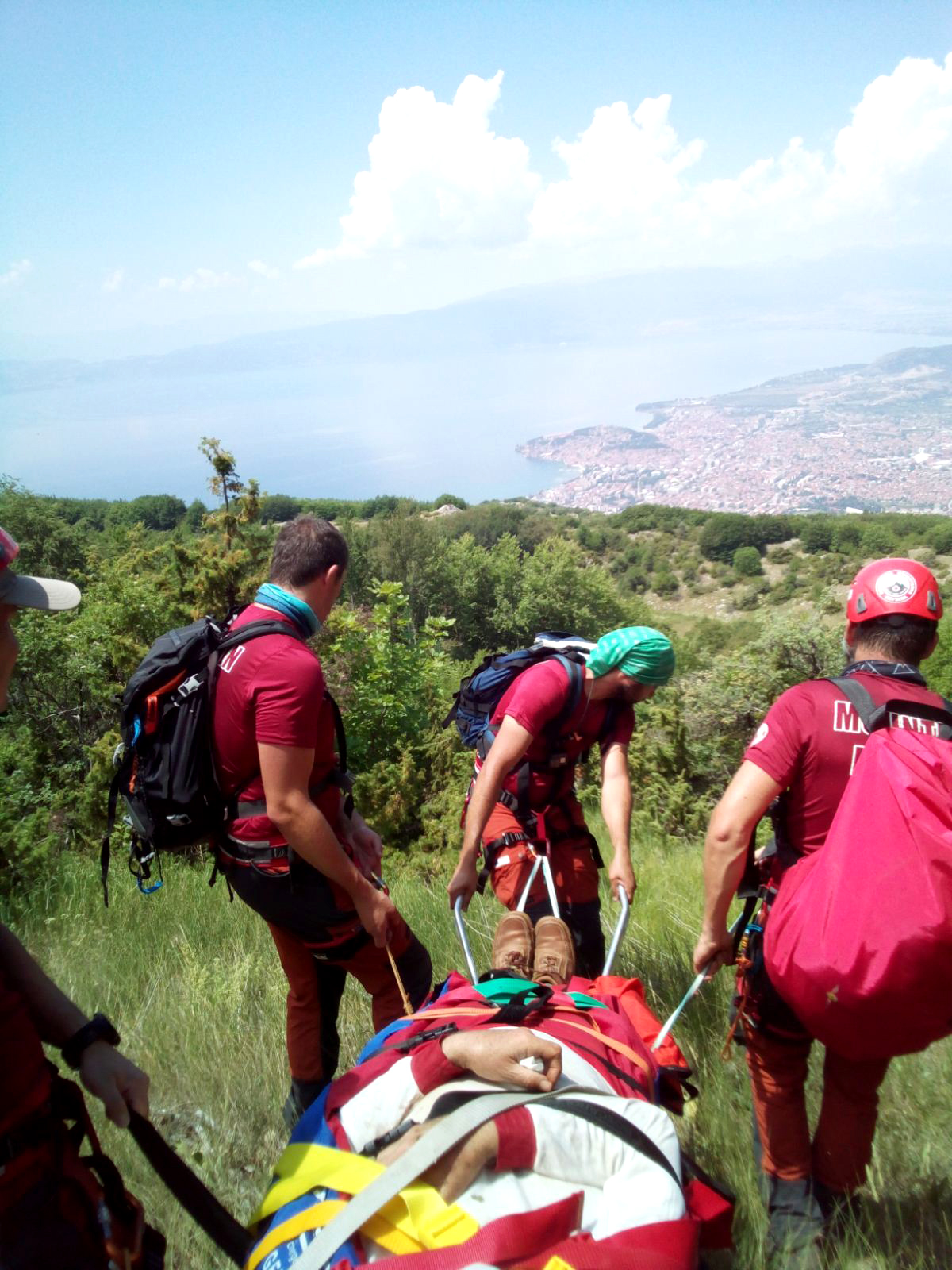 At 9:00 am, the Operational Center of the Mountain Rescue Service received a call from a citizen about an accident that happened to his friend during a fall on rocky terrain, while they were collecting forest fruits. To locate the scene of the accident, the SMS location system was used, which was established within the project “Ohrid Lake Region – Safe Destination for Adventure Tourism”, funded by the European Union, cross-border cooperation program MK-AL. Immediately after locating the crash site, two MRS teams headed to the scene and arrived at 10:35 am. The injured person was immediately given first aid, heavy bleeding was stopped and immobilization of the whole body was performed, after which a complex procedure for transport and evacuation of the injured person started. Due to the inaccessibility of the terrain, the carried out action for evacuation of the injured person was one of the more complex actions including 7 rescuers and appropriate equipment for rescue on a delicate terrain. At 13:50, after 3 hours and 15 minutes, the injured person was evacuated and handed to the Emergency Medical Service. He was provided with professional medical care on the spot, after which he was transferred to an appropriate health institution for further treatment.

With this sixth in a row intervention, we are approaching a record average of one intervention per month, which once again indicates the need for an efficient rescue system on a mountain and inaccessible terrain, especially in the regions where various forms of adventure tourism are developed.

We wish the injured person a speedy recovery, and once again we appeal to all lovers of the mountain and nature, who move in the border region around Lake Ohrid, to bring with them appropriate equipment, first aid, and mobile phones with a fully charged battery, on which they will previously install the application for quick alert of MRS or will memorize the special number for SOS calls 13-112, on which 24 hours, 7 days a week can turn for help.