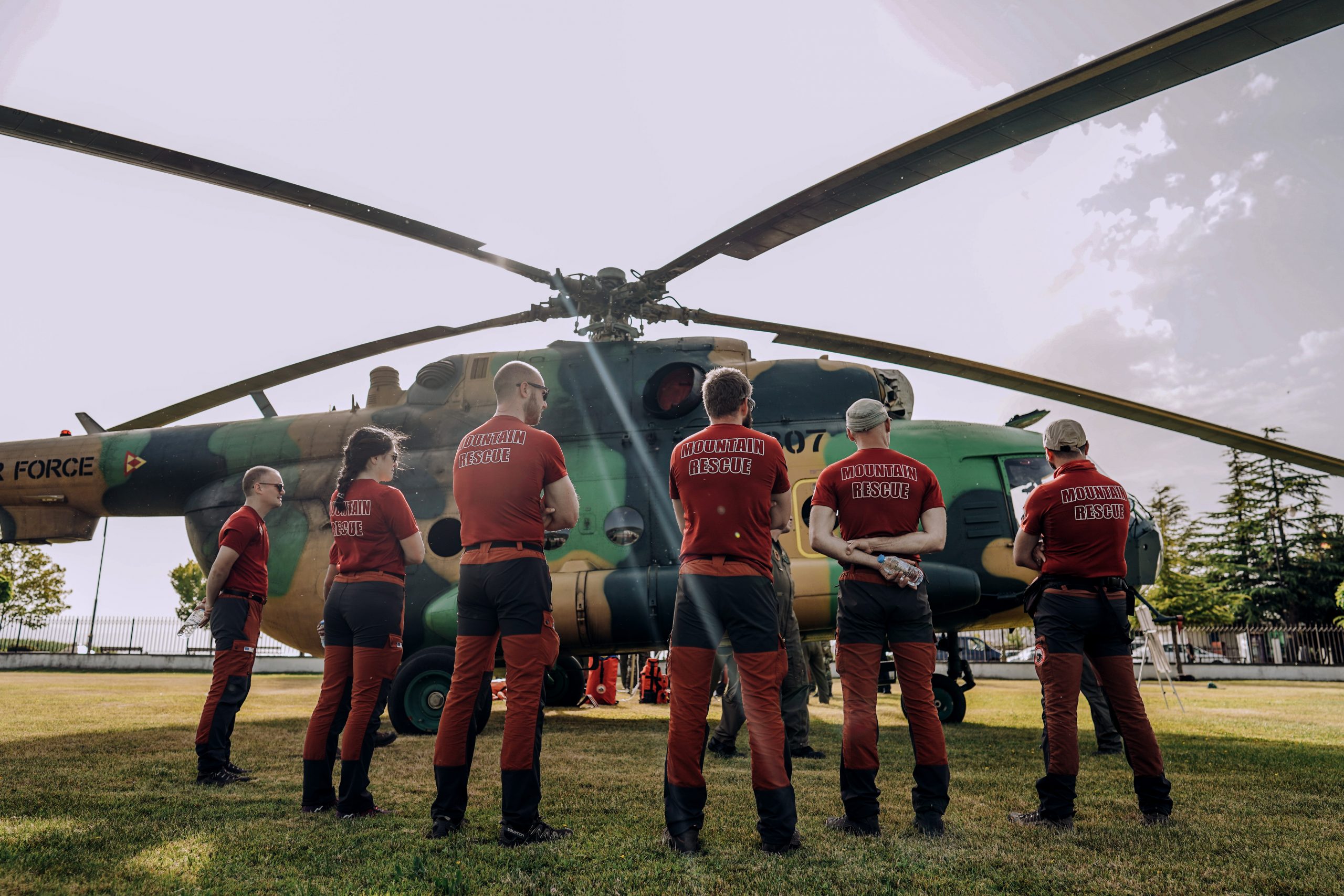 With the approval of the Ministry of Defense and the General Staff of the Army, the Ohrid Red Cross Mountain Rescue Service started very important cooperation with the Army Air Force WING, which will be deepened in the future, in order to increase the efficiency and economy of rescue operations. The cooperation started with basic training of rescuers, as well as overflights at the most critical points on the mountains Galicica and Jablanica, in order to define important logistics points that would be used in case of mountain accidents. As part of the teams that will be involved in the realization of the upcoming NATO-EADRCC exercise in September 2021, the members of the MRS will continue the training for rescuing by helicopter. In addition to participating in the exercise itself, the goal is to deepen the cooperation with the Army Air Force WING, to act together in a coordinated and effective manner in case of complex accidents on the mountain.

By combining the pilots’ skills and ours, and ICAR recommendations we are conducting, as part of the National Association for Mountain Rescue, we hope to soon establish an effective nationwide rescue system, according to other European countries.

As part of the training activities tomorrow, Thursday, from 4:00 to 7:00 p.m., in the Army Training Center on Water, an open day will be held to present some of the army aircraft, as well as some of the equipment of the Ohrid Red Cross MRS. We use this opportunity to invite all interested citizens, especially the youngest ones to use this moment and get acquainted with the helicopters and other equipment.