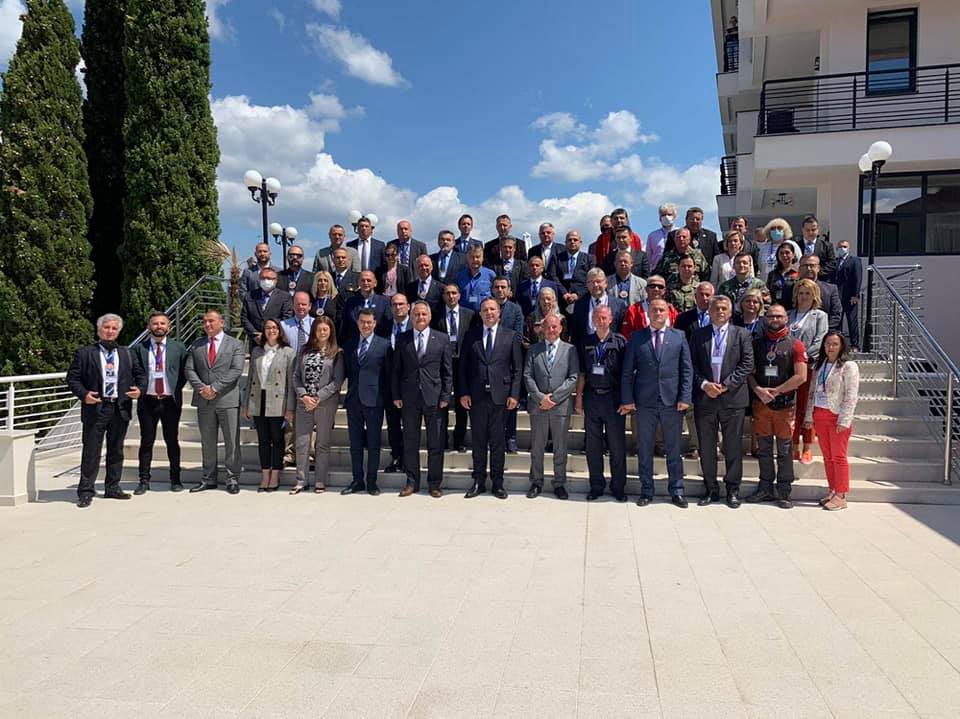 After nine working days, the final planning conference for the NATO exercise – EADRCC (Euro-Atlantic Disaster Response Coordination Center), which will be held in September on the territory of Ohrid and Struga, ended.

The head of the Ohrid Red Cross Mountain Rescue Service and President of the National Union for Mountain Rescue, as a member of the national planning team for the exercise, was actively involved in the process. For the first time, at our initiative, in such exercise, mainly focused on rescue in urban areas, two scenarios for mountain accidents are inserted, thus involving the teams specialized in this type of intervention. In accordance with the general scenario of the exercise, two scenarios for accidents on a complex mountainous terrain are envisaged, namely: a plane crash with multiple casualties and injuries, as well as a tandem paragliding accident.

The purpose of both scenarios is to practice the necessary techniques and coordination between the teams of Ohrid MRS, members of NAMR, army and police services of the country, in cooperation with the Army Air Force WING, to act effectively in case of real accidents of this type. Besides the national mountain rescue teams, teams from other NATO countries can also take part in the exercise. According to the plan for the exercise, the Ohrid Red Cross Mountain Rescue Service took full responsibility for setting the scenery on the ground, providing accommodation for foreign teams in the training center of MRS, as well as organizing the base, which will be located in the Mountain hut Spiridon on Galicica.

This is a great opportunity for the national teams, which are often involved in complex mountain rescue operations, to deepen their mutual coordination, which, in future, will significantly improve their efficiency.