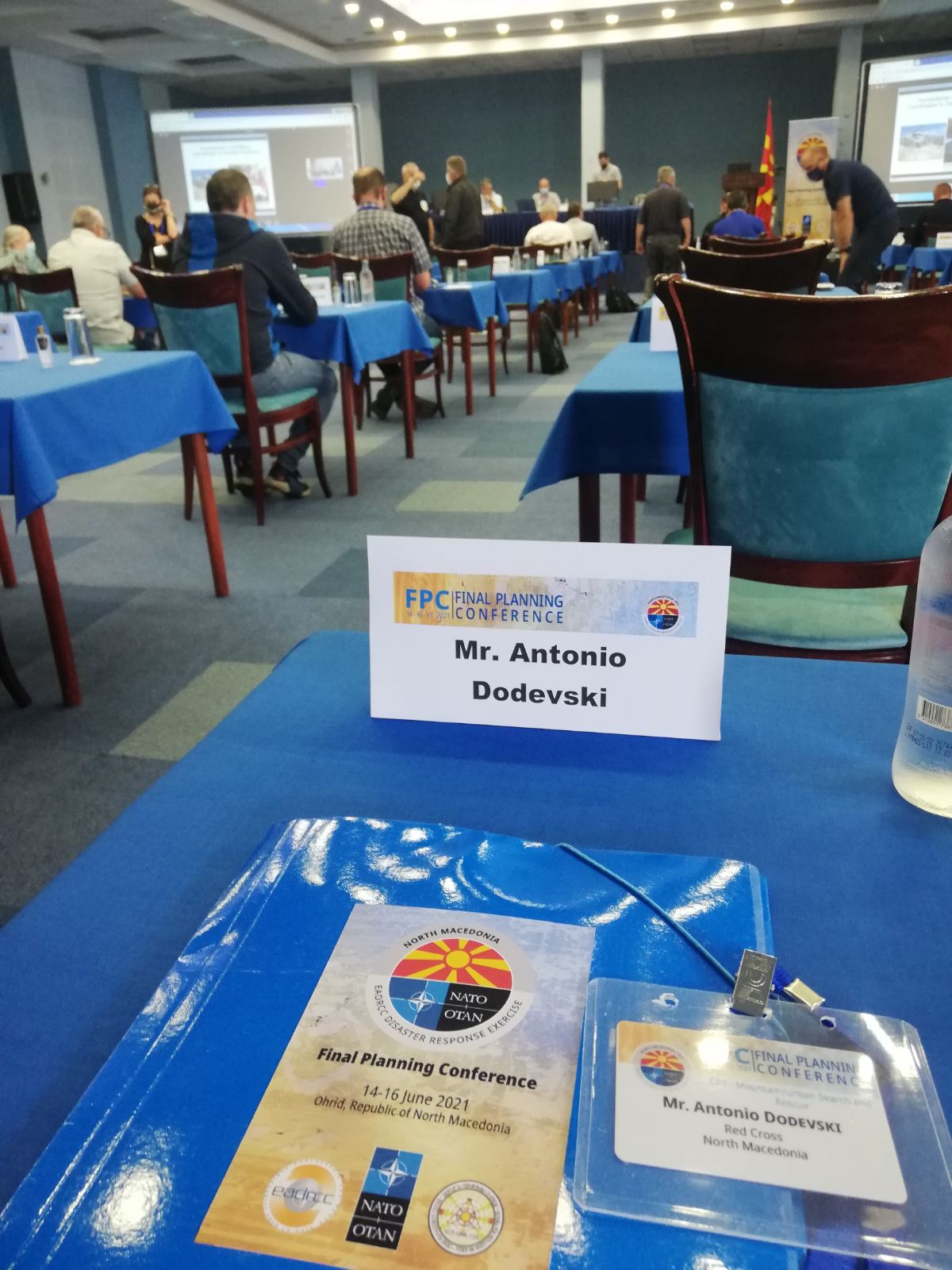 As an integral part of the national disaster response system, the Red Cross of the Republic of North Macedonia with several of its departments is involved in preparation of the exercise, including Ohrid Red Cross Mountain Rescue Service. For the first time in this type of exercise, on our initiative, scenarios with complex mountain accidents will be included, which our teams will perform in cooperation with the army teams, as well as with other rescue services from NATO countries, interested in participating in the exercise.

Currently, the preparatory part is underway. In the period of Monday 14 till Thursday 17, the final planning conference for the exercise will be held, in which the head of MRS Antonio Dodevski has active participation. The Ohrid Red Cross Mountain Rescue Service offered its entire staff and material and technical capacity to the planning committee for quality and safe implementation of the exercise.

Previously, during last year, the capacities of MRS were highly evaluated by the planning committee and will be involved as an important part in the preparation and implementation of the exercise itself.

During the exercise in September, as an integral part of our teams, volunteers from other organizations, members of the National Union for Mountain Rescue will be included. This will actively continue the mission of unifying and harmonizing the standards for performing rescue operations, in all members of the union, and thus in the country.

Involvement in the planning process, as well as active participation in the exercise, for MRS, is a serious opportunity to upgrade its own capacity, improve communication and coordination with other domestic and international institutions, as well as our contribution to the affirmation and promotion of Ohrid to the international professional public in the field of rescue and protection.