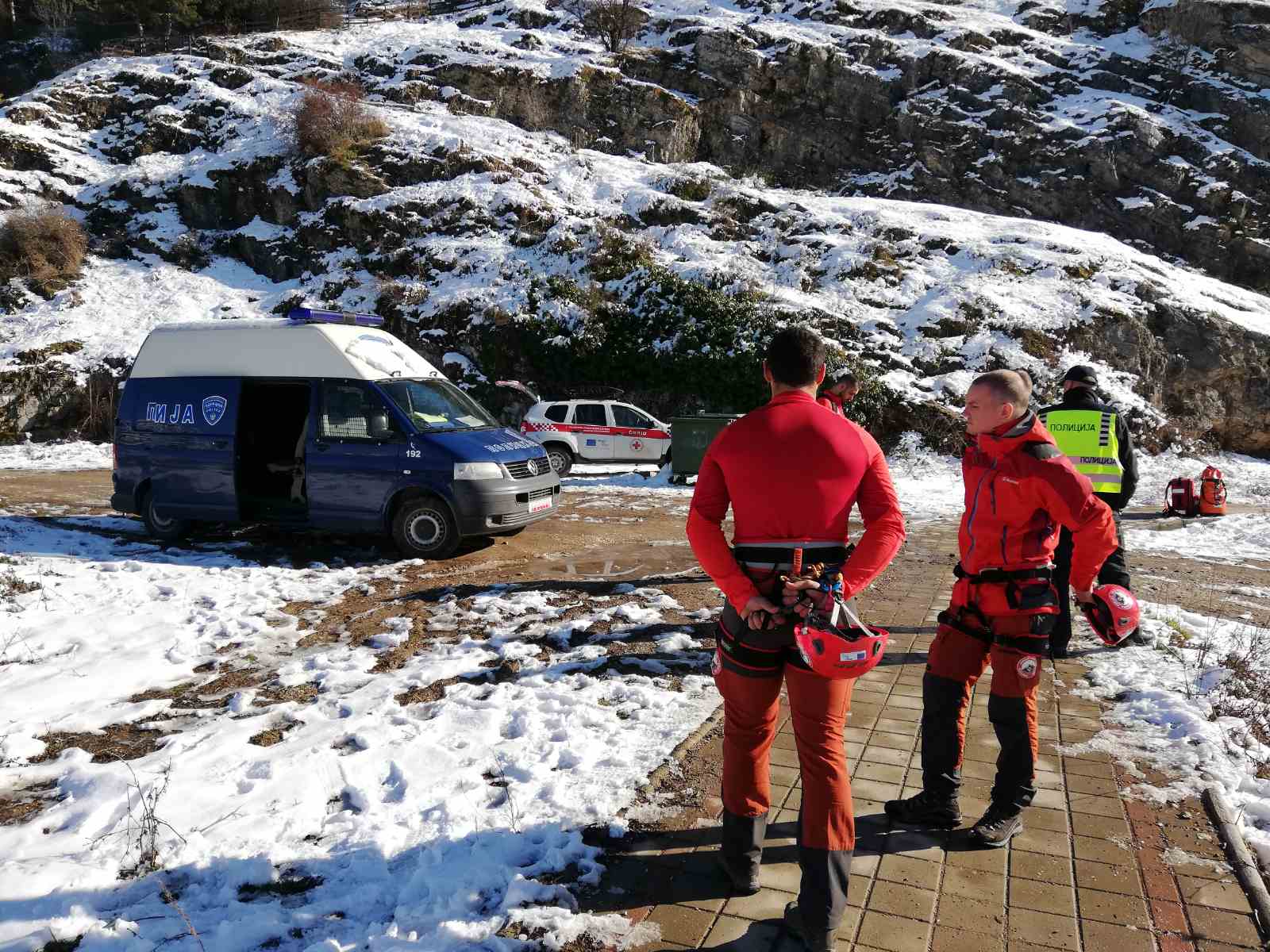 At 13:46 pm today, the Mountain Rescue Service received a notification from the Ministry of Interior Ohrid about an accident on rocky and inaccessible terrain in the “Labino” area. A team of six mountain rescuers arrived at the scene immediately, but unfortunately due to the severity of the fall and the seriousness of the injuries, it was impossible to do anything to save the life of the injured person. After falling from a high altitude, the victim’s body was found near the lakeside shore, where, with the support of a border police boat, the death was confirmed by an Emergency medical team, after which an appropriate inspection was conducted to determine the causes of the fall. The Ohrid Red Cross Mountain Rescue Service regrets the unfortunate event and appeals to all nature lovers to be especially careful when moving on rocky and steep terrain, where low temperatures lead to ice and danger of slipping, with potential for serious consequences.