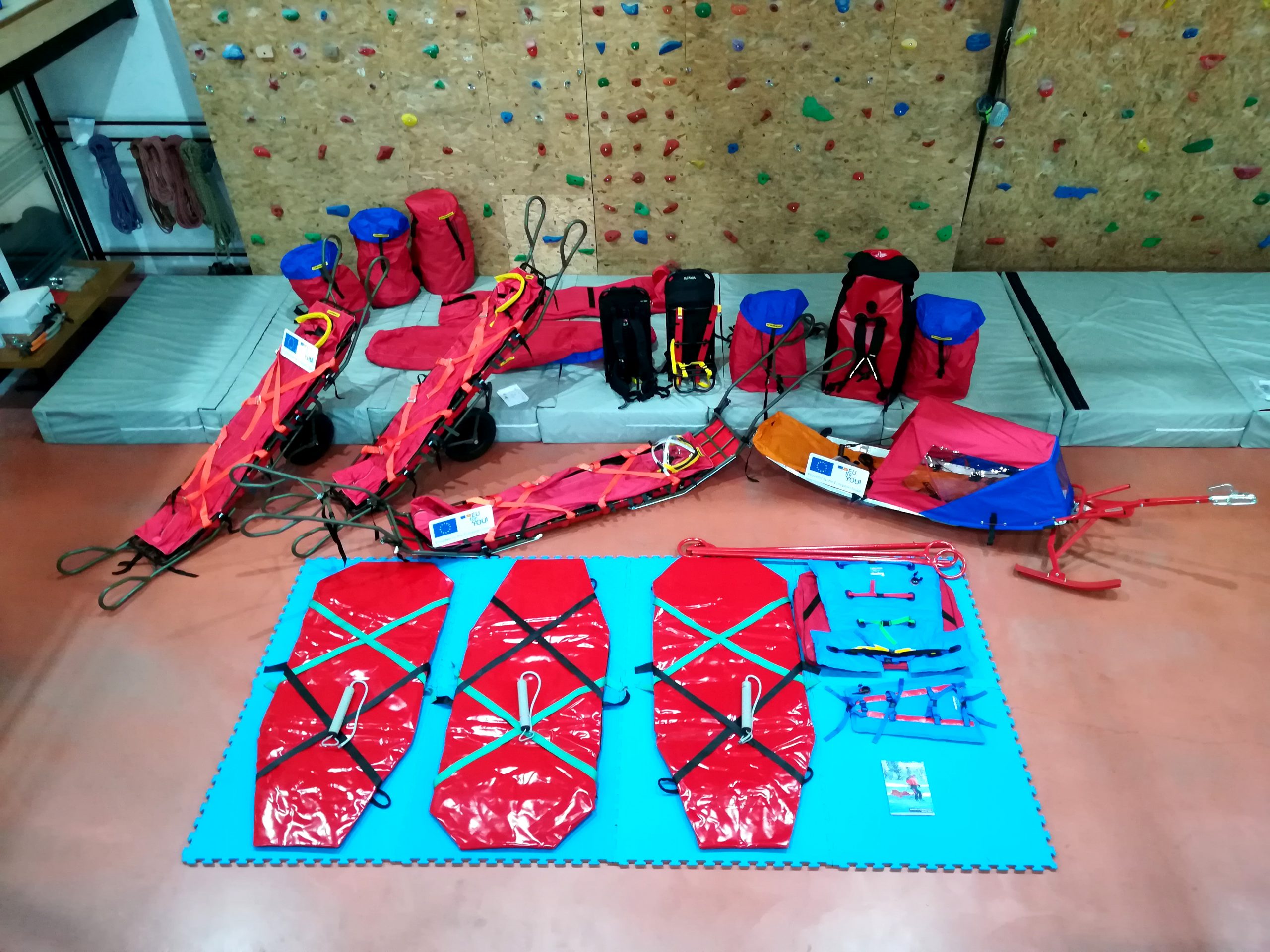 Finally, after a long period, another part of our strategic determinations is realized, to serve the citizens in all seasons and in most complex meteorological conditions.

This is only one part of the specialized equipment, which is planned to be procured within the project “New Opportunities for Safe Winter Adventure Tourism”, funded by the European Union, IPA program for cross-border cooperation with Albania, implemented by the Ohrid Red Cross, Alpine Club PATAGONIA Ohrid, Municipality of Debrca and Municipality of Gramsch from Albania.

Part of the new equipment is intended for the operation of the Ohrid Red Cross Mountain Rescue Service in winter conditions, and part of it is intended for the establishment of local rescue teams on non-technical terrain in Gramsch and Debrca, which will be trained by the MRS instruction team, and in the future will act in coordination in case of accidents.

The specifics of this equipment, provided for the first time in our region, were presented to Mr. Sasho Tockov, the President of the Ohrid Red Cross, who expressed his gratitude to the European Union for the financial support and congratulated the Project Team for the successful preparation of the application and implementation of the second project in a row, funded by the IPA cross-border cooperation program with Albania.

In anticipation of the rest of the equipment, we wish you good health and stay safe while enjoying the winter mountain adventures in the mountains in the Ohrid region.